I am yet to come across anyone who isn’t motivated by something. A couple of days ago, I overheard a parishioner say to another that as much as Lent is noted as a period of giving up something as part of our spiritual practice, she is instead taking the opposite tack, which is, she is going to be for something. Instead of giving up something, she wants to be for something. I didn’t ask about the something she plans to be, but I suspect that this something would be to enrich her spiritual life. I must admit that this was the first time I ever heard someone take such an approach to the season of Lent. I was intrigued by the thought of being for something. "What is the ‘something’ that I can be for?" I asked myself. And what’s that something that you can be for?

In a sense, this piece is organized around the idea of being for something. One of the challenging tasks of the Old Testament prophets was calling Israel back to its covenantal relationship with God. At the back of their minds was the gift of God’s salvation, which was made possible by the journey from Egypt to the Land of Promise. Beginning with the first words of the Ten Commandments: “I am the Lord your God who brought you out of the land of Egypt, out of the house of bondage,” the prophets cited the divine redemption to rebuke Israel for being faithless, ungrateful, and for running after other gods. The prophets always reminded the people of Israel that God had elected them for a purpose, and that they were supposed to be the light among the many nations that surrounded them - that they were to be for something.

The classical idea of salvation points to the reality of being saved from something for something. You can then argue that Israel’s salvation was not only realized in its freedom walk into the Promised Land, but that there was a corresponding responsibility relating to Israel’s decision to live into the vision of God - to be for something. To extend this argument a little further is to argue that you and I have not only been saved from something, but that we have been saved for something - to make God’s glory ever so present. And if only then, we can realize our redemption through the paradigm of being for something. 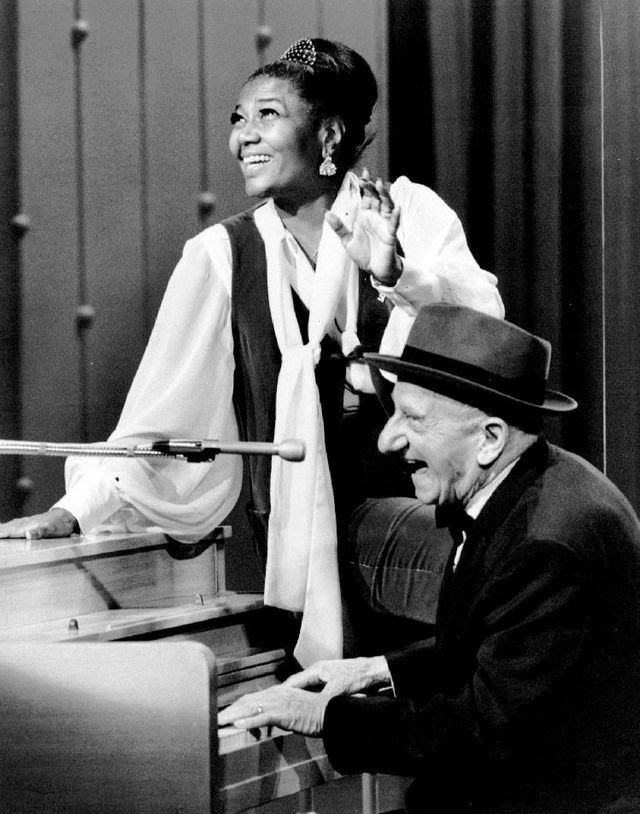 This idea reminds me of a story I heard about Jimmy Durante.

Jimmy was an incredible performer, comedian, singer, and actor. A story is told that after the Second World War, many of the wounded soldiers were brought back to the United States. Jimmy frequently entertained the wounded soldiers who were brought to New York City. As many of you know, there was no TV, or internet, or many of the wonderful other technological advancements that make our lives so comfortable today. And so for many of these soldiers, the challenge of living day-to-day with their brutal injuries and inadequate medical know-how was in itself deeply depressing. It so happened that Jimmy was scheduled to be at two places at the same time, but in his deep desire to support the wounded troops and to keep his other commitment, he decided that he would spend just about an hour with the soldiers and then head off to the other engagement where, after all, he would be paid.

During the performance, he realized something so unusual, touching, and uplifting. As a result, instead of stopping the show, Jimmy kept going on and on, well past his one-hour commitment. People were surprised that Jimmy was still on stage performing. What motivated Jimmy was that he saw something that no one probably saw - something that became more than a reality check for him, it actually became his inspiration. Right in front of the stage on which he performed were two young soldiers who were wounded in the war. One of them had lost his right hand, and the other had lost his left hand. They sat next to each other, but what touched Jimmy was that after each performance these two young soldiers would, together, clap for him - one would use his left hand, and the other would use his right hand. That sight alone was so humbling, and far too emotional for Jimmy to simply walk away after an hour of performance. At that moment, more than being an entertainer, he was inspired to be for something.

Two young soldiers who offered their lives to serve their country and subsequently lost an arm each, could yet find in one another’s arm the motivating strength and inspiration to be for something - to clap for Jimmy, the man who lightened life’s load, and made people laugh through life’s injuries.

am convinced that if Lent is going to be as meaningful as we would want it to be, we dare not recognize our individual deficiencies as setting limits for us, but rather like the two young soldiers we dare to be for something, be motivated enough to recognize our collective challenges as brimming with opportunities for God’s glory and human edification.

Let’s be for something this Lent.